The Bible Says It, But Is It Settled? 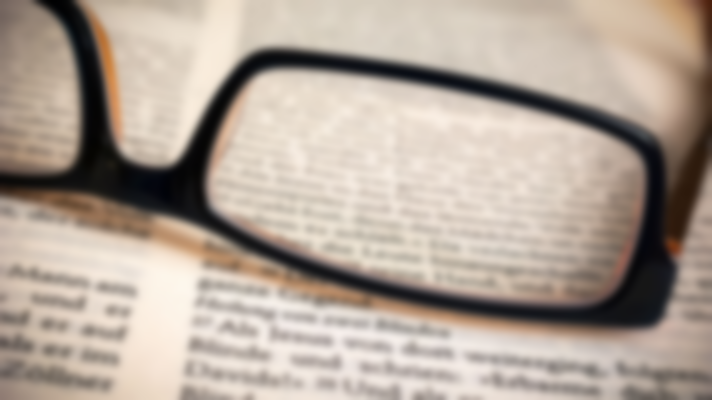 In our last blog (click here…don’t be lazy) we looked at Numbers 31 and the atrocious commands to kill male babies and sexually active women. I ended by asking the question, “Is there anything God could command in Scripture that would cause one to say, ‘Okay. Now’s He’s gone too far!'”

I ask this question as a serious inquiry. Because many people understand Scripture to be a PDF download from the heavenly realm, anything contained in it MUST be true in everyway. It must be true historically. It must be also provide a true moral guideline. Therefore, if God is said to have commanded a genocide, infanticide, or femicide, then it is historically true while also being morally good.

Does it matter what Scripture says?

In this sense then, whatever the Bible says cannot be questioned. “Did God really say…?” The answer is always, “Yes. Yes He did.” No questions needed. Why do we react this way? Because God gave us the Bible. To question the Bible is to question God. If something seems off, then we must only question our own understanding, not Scripture itself.

Since we approach Scripture in this manner, with the premise that it is true and moral, what it says doesn’t matter much. It could literally say anything and our response can only be to agree. Perhaps we agree and also attempt to explain the less than savory parts with which we struggle.

God told them to kill the babies because those little ones would have grown up to be monstrous murderers. God knew this, so the command to kill babies was good.

God tells them to kill all women who have had sexual relations. These women would have otherwise led the Israelites (the men at least) astray. Again, the command was then good and right.

So, if God had told Moses, “Tell the men of Israel to impale the male babies and place them at the entrance to the tent of meeting.” we have no choice but to agree with this command. You might think that Scripture would never depict God being involved in something so graphic. One reading of 2 Samuel 21 will tell you otherwise.

But what if God had said something different? What if this story from Numbers 31 had alternate endings? (For the record, it doesn’t. We are going to use our imaginations and see what happens with our approach to Scripture.)

Let’s imagine for a moment that the soldiers came back from battle and had, in fact, already killed all the male babies. This is, of course, what they are reprimanded for having NOT done in the actual story. But here is our alternate ending. It begins after the death of all the male babies of the Midianites has taken place.

Below is an imagined response from God, one that I tried to make look like Scripture itself:

“My servant, Moses. What the men of Israel have done has come to my attention. The blood of the innocent children has cried out to me from the ground. I have heard their cry and my anger is flaring against you and the people of Israel. Do they not remember how Pharaoh had desired to kill them in the same manner? How soon they have forgotten how I spared them by saving you from this same disaster. Therefore they will not be permitted to enter the promised land.”

What do we do now?

What might we do with an ending like this? It is, after all, the opposite of what has been said to have occurred. And yet, if this ending were the original ending, we would simply say that “God has spoken truth to them. How soon they have forgotten their own history. How could they do such a thing? MONSTERS!!!”

In other words, this alternate ending works perfectly. In fact, any ending we could imagine would work perfectly. If God saves them all or kills them all, it wouldn’t matter. If He saves them all, we would speak of His immense love and compassion for all. If He has them all slaughtered, swallowed by the earth, or impaled before His presence, this too would point to His goodness. It will always be the right and true thing.

This is why I asked the question, “Does it matter what Scripture says?” My fear is that, for a great many, it truly doesn’t matter. Whatever it says is good and true. Killing babies and women: good and true.

Rob, have you lost your mind (or salvation)?

This is probably the question you are asking yourself as you read this. You think I am crazy, or worse!

And yet, as I consider the interactions Jesus has with his opponents, I see the same struggle happening. They come at Jesus with Scripture, telling him what is says and, therefore, what he MUST do. Nearly every struggle he had revolved around the Sabbath. It seems that they have Scripture on their side, and yet Jesus defends “the work” he does on the day of rest.

Later in Acts, we see circumcision being turned over. We see food laws being turned on their heads. In reality we are witnessing Scripture being turned on its head. It doesn’t feel that way to us because we (most of those reading this anyway) have grown up with the New Testament and thus have lost much of the shock most 1st century readers/hearers must have had. To us it makes sense that circumcision, food laws and Sabbath regulations are a thing of the past. But to those original hearers of this new teaching, it caused them to also question the sanity and/or salvation of the teachers.

That said, you may think I am crazy or worse, but I of course see it differently. I am simply seeking truth by asking questions. And my question is simply this: What is the Bible?