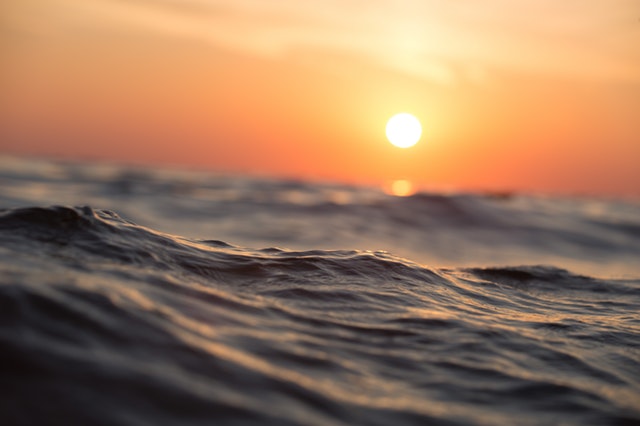 No. Job did not repent.

In an effort to make this blog a bit of a longer read, I am going to state why I do not believe that Job repented of sin, even though your translation (nearly all translations, in fact) make it seem as though he did.

Let’s start with the ever-debated text, Job 42. This is Job’s response just after God had made the challenges to Job, asking where he was when the world was created.

Then Job answered Yahweh and said,
2 “I know that you can do all things,
and any scheme from you will not be thwarted.
3 ‘Who is this darkening counsel without knowledge?’
Therefore I uttered, but I did not understand;
things too wonderful for me, but I did not know.
4 ‘Hear and I will speak;
I will question you, then inform me.’
5 By the ear’s hearing I heard of you,
but now my eye has seen you.
6 Therefore I despise myself
and repent in dust and ashes.” (LEB)

Now, you might say, “Look!!! It says it right there in verse 6. Job is repenting of his sin. What else could Job be repenting of?!!!”

Great question, hopefully you didn’t ask it rhetorically. But even if you did, I will answer anyway…because of Proverbs 26:5.

The word “repent” here in verse 6 is used in a variety of ways by many different people. In our current religious context, the word is automatically associated with sin and the turning away from it. However, this close relationship didn’t always exist. The word was often used to simply mean that someone had changed their mind on a certain matter.

“I was going to go to the store, but I repented when I felt the artic blast hit my face.”
“I was just about to ask her/him out when I repented for fear that I might be rejected.”

In these scenarios, a person is said to have repented but not due to some sin or moral failure. They simply changed their mind.

In fact, God Himself is said to have repented in the Bible. It even uses the same word to describe His behavior. In Genesis 6:6-7, the Bible tells us that God repented that he had ever made man. Certainly we cannot entertain the thought that God was repenting of some sin He had committed: that he had sinned when he created humanity! No, God was simply changing His mind. He is said to do the same thing when His people turn from their sin and seek His face; He will repent of His plan to destroy or punish them.

BUT WHAT ABOUT THE DUST AND ASHES?
Surely this means that Job, unlike God, is truly repenting of his rebellious ways.

Again with the good questions. You are on a roll!

First of all, I admit that this phrase does look pretty clear. We have biblical examples of people repenting of sin, and doing so in dust and ashes.

But this isn’t necessarily the case here. Actually, it almost certainly is the case that this is not what is happening here. You see, throughout Job, he has been longing for a face to face meeting with God. He wants God to explain what is happening. He wants God to make his friends be quiet. He even wishes he could find a good lawyer so he could take God to court, but he knows there isn’t a good enough lawyer in the world to help him out.

In short, Job is confronted with the problem all humans are confronted with. It is the very human issue of not being able to peer behind the curtain and understand the will and ways of God. It is a human endeavor to understand the divine, but upon seeing God (“my eye has seen you” vs 5), Job doesn’t repent of sin. Instead, he repents, changes his mind, about the impossible pursuit of understanding God.

Which brings in the “dust and ashes” reference. This may be used elsewhere to speak of repenting of sin, but it is also used to speak about the human condition. We are finite. Our understanding only goes so far. Our life only lasts so long. Then we are return to the ashes and dust from whence we came.

Job is saying, and I paraphrase, “I have been demanding a seat at Your table, but now that I am here, I realize that I am but a human who lacks the wisdom to fully comprehend what it is I wish to comprehend. I will turn away from this endeavor that is doomed to fail because of my humanity; I repent in dust and ashes.”

If you remain unconvinced, let me simply add this:
The book of Job proclaims that he is blameless and upright 2 times; once by the narrator and once by God! In chapter 2 it also states that Job “did not sin with his lips.” At the end of Job (in the very next verse, verse 7!!!) it states that Job spoke rightly about God, unlike his three friends. Nowhere in any part of Job does the text ever indicate that Job sinned. When it speaks of Job and sin in the same sentence, it does so to point out that he has not sinned.

So, Job didn’t sin.
He didn’t repent.
He did, however, change his mind…just as God had done and had promised to do in Scripture.