What Does It Mean to be a Child of God? 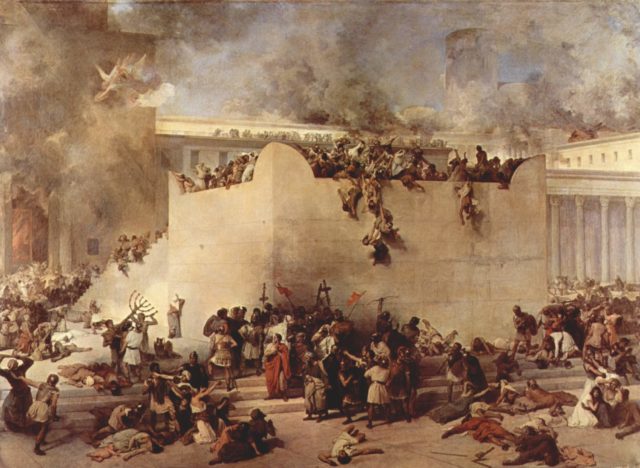 The question has always been the same question.

Whether we are Abram being called out of the land of Haran, Israel being led out of Egypt, the Israelites worshiping God on a hill, in a tabernacle or in a temple, the question never changes. Even when the temple of Yahweh is destroyed and the nation of Israel is forced to hang up their harps in the branches of the trees by the riverside as they make their way to the land of captivity known as Babylon, the question remains firmly centered in the minds of those who have dedicated their lives to following God. And again, as they make their journey home from the land of bondage, having lost everything, the question pressed on in their minds.

The pressing question is this: “What does it mean to be a child of God?”

This has always been the question that has faced those of us who have attached ourselves to God.

What does it mean to be a child of God when the Israelites were accustomed to worshiping God on the hillsides and under the trees, but where later told that they must worship at the tabernacle? I am sure they asked what this change meant for them as followers of God. And then again when the temple was built and they were told that everything that used to be done in the tabernacle must now be done at the temple instead.

Perhaps the most relevant time for us to consider is the exile in Babylon.  With their temple, the central location for all their religious devotion, utterly destroyed and they themselves having been dragged off to a foreign land without access to any of the normal rites or rituals, they had to have asked themselves this basic question: “What does it mean to be a child of God under these circumstances, in this place?”

No sacrifices.
No (or very limited) music.
No formal gathers.
No festivals.
No Passover (it was to be celebrated in Jerusalem, at the temple).
No day of atonement.

In short, everything that they had associated with being a child of God had been taken away from them.

Can you even be a child of God while in Babylon? If so, what does that look like?…because if you can be a child of God in that land, it isn’t going to look anything like it did while living in Israel, with a temple, and a priesthood, and so on.

Which brings me to my point.

For most Christians in America, we are facing a related situation. For several months, we have been unable to meet with one another. The few times we have met it has been with some fairly restrictive, er…restrictions.  The way we do communion is different. They way we sing (or don’t) is different. In fact for most of us, it is more than “different” because we aren’t even meeting at all! Instead we “meet” in front of our TVs or on our phones, alone or with the people we live with.

It is in these moments when we start to wonder, “What does it mean to be a child of God in a time like this?”

Some among us believe it is time to have the fervor of Phinehas (Numbers 25), fight for our rights as citizens of the United States of America. The calmer among us write letters to our elected officials letting them know just how unfair the restrictions are and how they are being unconstitutional. The more zealous in our midst make and execute plans to defy the orders given by our government.

Why do we do this?

It isn’t simply because we love God, though I am certain this is true.

And it isn’t simply because we love our amendment rights and believe that we are losing America.

No, I believe that at the heart of the fight we find the same question that has always been around and the answer we have given to that question. We have made the Sunday morning meeting the center of our Christian faith. Without this as the focal point and purpose, our entire spiritual and religious world starts to fall apart. Without it, we have no idea what it means to be a child of God. We are like the Israelites without a temple, a priesthood or a land.

I mean, if we aren’t meeting, then what else is there?

I can sense some of you already pushing back, ready with a passage from Hebrews telling us to not forsake the assembly (how can you not forsake as assembly if there isn’t one!). It is a verse that seems to centralize the Sunday meeting, making it not only the focal point of our walk, but even the purpose of our walk.  However, simply put, this isn’t true.

You see, right now many of us, at least to some small extent, feel like the Israelites as they slowly marched to Babylon, watching the smoke of a burning temple eventually disappear in the horizon with every passing step. And with heads bent downwards, they realized that their entire way of life was about to change. And yet, they were still God’s chosen people, called with a purpose. Even though many would never return to Jerusalem, instead they would remain abroad in distant lands, they were still part of the elect.

In these new circumstances, they had to discover anew what it meant to be a child of God. This road to discovery is probably, at least in part, what gave rise to synagogues, Pharisees, Rabbis, and other people and places whose names line the pages of our New Testaments but are nowhere mentioned in the Old Testament. Being Jewish, true and faithful to God, took on a different form for them. The situation necessitated that the form change!

As we struggle through this season of change and turmoil as we ask ourselves the ever-pressing question, “What does it mean to be a child of God?”, let’s not confuse form with function.  Let’s not forget that the function has always been the same though the form has often changed. From hillsides, to a tabernacle, to a temple, to no temple and no land, to a dispersed people, to a new temple and then later, as Jesus said, to no temple again…to no in person meetings, to highly restricted meetings, to online only meetings…the form of our true religious expression is in constant change. It always has been. This change is more noticeable to us now than it has been in a long time. The form may change, but the function stays the same.