The Fall of King Saul 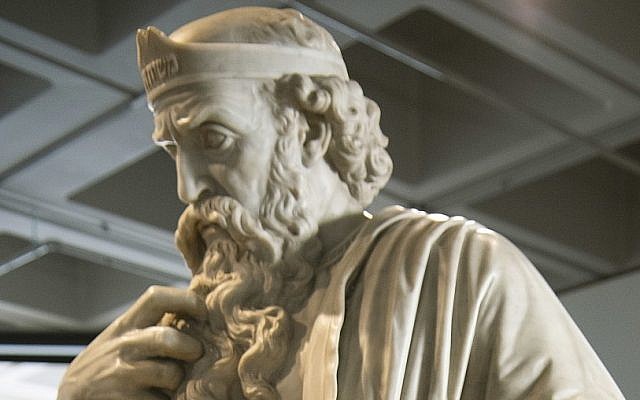 I have noted in previous posts (see here and here) that Saul wasn’t always the monster we have come to know him as. At least early on, he was humble and unassuming. He was a man who, despite loosing his way (and probably his mind), continued to pursue the will of God, even after the kingdom had been taken away from him and his descendants forever.

And it is to this sad and difficult-to-understand portion of the story I now turn. It is a strange and unsettling story, as you will soon see.

The first account of the fall of Saul (yes, there are two accounts) can be found in 1 Samuel 13. Saul and his men are about to face a massive attack from the Philistines as their enemy has amassed a very sizable group to bring down Israel. Having received instructions from the prophet Samuel to “wait seven days,” Saul and his men remain steadfast in a place called Gilgal. The days slowly pass, the threat is ever-mounting, and no sign of Samuel. The men of Israel are filled with fear, quaking at the thought of what is about to transpire.

Finally, the seven days pass and Samuel has still not arrived. Saul needed him to arrive. Saul needed a word from God of what to do next. Saul needed to sacrifice to God to make sure that his men were ready for battle, a battle they could only win if God were on their side. An offering seemed to be the best way to make sure God would bless them.

In verse 9, Saul begins the preparations to make an offering to God on his own. His men are running away and something had to be done. He couldn’t just sit there indefinitely, wondering if Samuel would ever show up. Saul managed to build an altar (implied in the text) and make a burnt offering to give to God before Samuel could arrive. Of course, once the ceremony is complete, Samuel shows up.

Samuel is very displeased with what Saul had done and questions him.

Saul replies, in a way that seems totally sensical to me, “My men were fleeing and you did not come when you said you would come. I had to make sure we were ready. I couldn’t just decide what to do without first seeking God’s favor.”

This makes perfect sense to me. Saul was in a tough spot, but the reaction of his innermost person was to seek the face of God first, then act. To act without seeking God would seem even more foolish than doing what he did.

Samuel disagreed with Saul…and with me, apparently.

He tells Saul that he has done a foolish thing as he isn’t qualified to make offerings. He overstepped his bounds. Saul isn’t a priest.

And the punishment for this heinous act?
Saul lost the kingdom forever. What’s more is that God had already picked out his replacement, someone after God’s own heart, apparently meaning that this particular someone would never do something so foolish as do what only a priest could do as Saul had done. This one would rule by the book: God’s book.

And this is how we read about the fall of King Saul.

Well, unless you read chapter 15 where we have a different account of just how Saul lost the kingdom. It is similar in the sense that he disobeyed the command of God regarding the enemy, the Amalekites. In this account however, Saul is told to kill everything and everyone: men, women, children, infants, animals…everything that belongs to the Amalekites. And Saul does kill just as prescribed: men, women, children, babies. Well, almost as prescribed. He keeps the best animals and the king alive (you were hoping I was going to say he kept the innocent victims alive. That’s what I was hoping to read). When caught red-handed by Samuel as he hears the noise of the livestock, Saul says to the prophet, “What noise? Oh…that noise! We are just taking this stuff back so we can sacrifice it to God, properly.”

And then he loses the kingdom.

For the sake of time, and to stay on topic, let’s not address the elephant in the room: God commanding Saul to kill babies. That is a topic for another time.

For now, I simply want to draw out two points.

1.) We have two differing accounts of just what Saul did to deserve to lose the kingdom. The question of how Israel’s first king, selected by God to lead His people, could fall so quickly must have been a question that the people struggled to come to terms with.
2.) If we assume chapter 13 truly is the first account of the fall of King Saul, then we have some issues about our understanding who God is with which to wrestle (actually, either account could and should cause us to wrestle as neither account seems to reveal the God that we see demonstrated in Jesus).

In chapter 13, Saul is punished because he disobeyed the law by making and offering even though he was not a priest. But, others have deliberately broken God’s law and were blessed for it. Namely, King David, the very king that is said to be after “God’s own heart,” implying that this new king would never act as Saul acted.

Just one small problem: he did act precisely as Saul acted! And I am not here talking about the incident with Bathsheba. I am talking about something else entirely, something nearly identical to what Saul had done.

The story I have in mind is the one where David was on the run from Saul, because Saul was trying to kill him and secure the kingdom for his family. While on the run, he and his men ate the bread from the tabernacle that was for the exclusive consumption of…wait for it, the Priests!!!

In other words, David did what only a priest was able to do, just as Saul had done, except David was blessed for it!!! Jesus even uses this story as a example to explain what Jesus, son of David, was doing in his own ministry.

There is a part of me that wants to try and make some spiritual application from all of this. Part of me wants to find an exhortation or an encouragement to impart. Perhaps this would be easier to do if I hadn’t gone and compared Saul to David. If I had avoided this pitfall, I could have talked about the importance of listening to the instruction of God (thinking here, of course, of only chapter 13. If you feel led by God to do what was said in chapter 15, seek help).

But it is too late for me. Instead of having a teaching to give or a word of encouragement to share, I am left with questions.

Why was Saul punished for acting like a priest, but David was blessed?
Why is the punishment so harsh for a man who simply wanted to hear from God and follow His lead before going into battle? Surely this is an offense that could be easily forgiven, especially since his motivations seemed to be so pure…and since he had, in fact, done what the prophet of God had asked him to do in waiting the seven days.

Some may read this blog entry and think that my questions above are unfounded, but I am convinced that they are not.

In the end, the account(s) of the fall of King Saul fail to satisfy my curious nature. Saul was punished for seeking the will of God because the prophet of God had failed to arrive when he said he would. With his troops fleeing and impending doom on the horizon, Saul did what Saul had always done: sought after God. But in his pursuit of the will of God, he was punished.

Perhaps one day this will make sense to me. Maybe your interactions will enlighten me. For now, I simply wrestle with the story of the fall of King Saul.