The Story of Tamar and Black Lives Matter 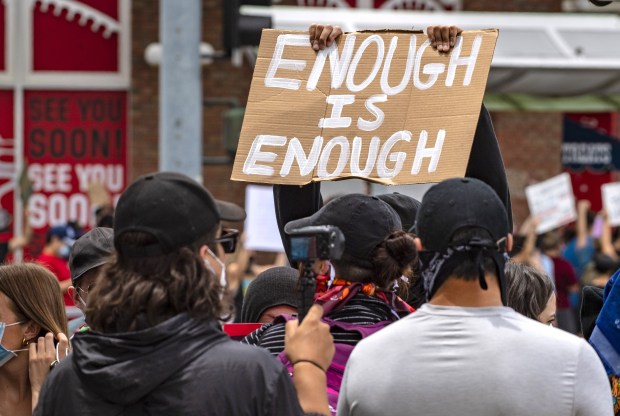 The story of Tamar in Genesis 38 has greatly impacted my thinking. I do not believe it gets the airtime it is due.

Many of us read the story but haven’t the foggiest what it is teaching. Since all Scripture is God breathed, we believe it has to be in there for a reason, but what that reason is escapes us.

So, we either struggle to find it’s modern day equivalent or we simply shrug our shoulders and move on thinking that maybe one day this story will mean something to us. Most do the latter…or, even now, have no idea what story I am even talking about.

Let me tell you about Tamar.

Tamar is a woman who disguised herself as a prostitute in order to trick her father-in-law into sleeping with her so she can bear his child and inherit his possessions.

When I put the story in this way, and assuming you are wholly unfamiliar with the Genesis 38 account, you are probably inclined to think that this woman is a lawless criminal who preys in the depravity of weak-minded men in order to extort from them what they would otherwise be unwilling to give. You might condemn her action as “sinful, corrupt, or ungodly.” But when you hear this story, presented from only one perspective, you don’t have much choice but to see her this way. All you can see are the adornments of a prostitute, the veil of harlotry that hides her face.

Without context, she is the bad character in this story. She is the antagonist.

But this isn’t the whole story. Not by a long shot. She lived in a time much different than our own. Context helps us to understand.

Tamar was married to one of the sons of Judah, the father-in-law who would later sleep with her while she is incognito. She married his oldest son, Er, a wicked man even by ancient standards. God kills him for his wickedness. She is passed onto the second son, Onan who isn’t so great himself. He is willing to have sex with her, but he is unwilling to impregnate her; he allows his seed to spill on the ground, unplanted. God kills him as well.

Without a son, Tamar has nothing. No hope for tomorrow. Nothing but a bleak future lies ahead of her. Judah promises her his third son…as soon as he is “old enough” to be with her. As far as Judah is concerned, he will never be old enough. He will never give her his son. Tamar knows his mind and his plan to make her a living widow.

She devises her own plan.

She puts a veil over her face and dresses as a prostitute at the city gate. Judah, being the upright and holy son of Israel, sees her and just has to have sex with her (you get the feeling that Judah did this sort of thing on the regular). Long story short, she gets pregnant.

At first, before Judah knew that it was her he had slept with, he was angry with his pregnant daughter-in-law. He heard that she had been a prostitute and became pregnant. Juday, enraged at her lewdness, demanded she be burned to death at once.

Through some trickery on Tamar’s part (read the story), it became known that Judah was the father. At this point he gives up his righteous indignation and recognizes that he is the bad guy of the story. He is the antagonist. He also exclaims that Tamar is the good one, the righteous one.

So, what do we do with a story like this? What on earth does this mean for us today? How can this be inspired?

I am going to attempt to make a correlation that many will find disturbing or downright wrong. Before you condemn my interpretation, I ask that you be aware of how easy it is to take the side of Judah. When he hears of prostitution, he is outraged.

He calls it what it is: sin.

But he was wrong. Right now, many of us are mourning the recent events that have taken place in our society. Innocent black men have been chased down and killed without cause. A black man is shot in his own home. A black woman also shot in her own residence. Both dead. A black man cries for his mother, begging for his life. He cries fall on deaf ears as he breathes his last.

They protest peacefully, kneeling during our National Anthem…they are called disrespectful. They march peacefully in the streets and they are told to go home, or to go get a job as only lazy people can afford to protest.

And, yes, there are even some who have taken to violence. These are roundly condemned and the modern day “Judah” calls out for them to be punished for their arson and theft. But like Tamar who sought justice for herself when no one else would, so too our black brothers and sisters can no longer be told to wait while the privileged among us enjoy the comfort of our own situation.

As long as those in power remain comfortable, those who are oppressed will live, suffering at the hands of an unjust society.

Is prostitution wrong? Of course.

Genesis 38 is not attempting to normalize prostitution (just imagine how desperate her situation must have been for this to be her only plan for the future). But their is a greater injustice going in in the story than prostitution. Tamar has been backed into a corner. Her fate is in the hands of a powerful yet unfair family. Judah has no concern for her future…until he realizes that her future and his are inner twinned.

Prostitution is wrong just as looting is wrong. But perhaps had we listened to their voices when they peacefully proclaimed their plight, we wouldn’t have to see buildings being burnt to the ground. If Judah had only listened to Tamar way back when Er was mistreating her, back when Onan was abusing her…if only he had recognized his culpability in her suffering…she would never had had to put on that veil. But now her story is his story, whether he likes it or not.