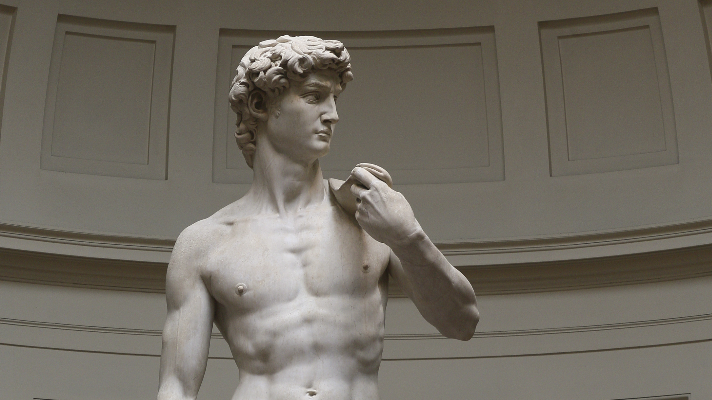 Let’s start with a Bible story, shall we?

In Scripture, we have the story of a young woman, the youngest daughter of a king, who fell in love. She was enamored with a ruddy and handsome man who would one day supplant her father’s kingdom.

Her father had planned to give his eldest daughter to this would-be king as a means to have his arch enemy turn its gaze upon the trouble-maker and kill him, thus securing his kingdom for the future generations of his family. But the young man refused to be with the eldest daughter, feigning humility even though it was widely known that he had ambitions of leadership, even as a young boy.

As the story goes, this young man is actually smitten with the king’s youngest daughter, which of course pleases the king because he needed his enemy to hate this would-be-king, to kill him.

Again, the man says he is far to lowly to marry royalty. Instead, he wants to prove himself worthy of the royal union. So the king sets the bride price of 100 Philistine foreskins; he killed twice that amount and offered 200 foreskins.

If you weren’t already aware, this is the story of Saul, David and the youngest daughter of Saul, Michal. It is Shakespearean in its drama (as well as pretty disgusting). When David succeeds at gathering the impossible number of foreskins, Saul is furious. He had hoped the Philistines would have killed David, never having imagined that David would successfully complete the task.

In fact, Saul was so furious that he devised a plan to have David killed, commanding his people and even his son Jonathan to kill him. But not to worry; Michal deeply loves him and risks her life to save his. She deceives her father and his servants, allowing David to make his getaway.

David, while running from Saul, marries another woman, and then another. And Michal, the one who loved David more than her own life, is sent to another man, Paltiel, by her father Saul.

Only much later would Michal be rejoined with her first love, after Saul’s death, at David’s request no less. But, it seems Michal had moved on, made a life for herself, and fell in love with Paltiel, her husband. David has no concern for her current situation. He doesn’t care if she has no desire to leave her new family. David orders her to be torn apart from her husband and life they had built together: he had paid for her in foreskins and she was his!

And for miles, trailing behind Michal and her captors, we see her husband, Paltiel, weeping as he sees his wife being forever taken away from him. He is forced to go home alone.

The last we hear of Michal is in 2 Samuel 6 as she watches David, the man who tore her away from Paltiel, march triumphantly into Jerusalem after having finally returned the Ark of the Covenant to the tabernacle. It was here where any dreams she had for a future died. She watched as David exposes himself, dancing nearly naked in front of the slave girls. When she challenges him on his actions, he tells her he will do what he wants: he is God’s chosen one.

The Bible leaves us with these final words regarding Michal, youngest daughter of King Saul, the one given to a man, torn from him to be given to another, and then torn from that man to return to David: “And Michal daughter of Saul had no children to the day of her death.” 2 Samuel 6:23, NIV

In other words, she was left to live as though she had no husband, as a widow. Indeed, she lived as less than a slave girl the rest of her life. While others may have celebrated David, how he united the tribes, how he won the battles, how he ruled and reigned, she knew the truth. Their celebrations and honor of King David were nothing more to her than the remembrance of a man who took everything from her.

Imagine, if you would, that in the town square there exists a statue of King David. People would walk by and talk about what a great warrior he is. Israelites from distant parts of the kingdom would come to do commerce or celebrate a religious festival and there see David’s monument in his honor.

The Bible says she “despised him in her heart” when she saw him dancing (1 Chronicles 15:29). It isn’t hard to understand why.

And it wouldn’t be hard to understand why she would long for that hypothetical statue to be torn down.

Imagine how the family of Uriah would have felt at the sight of a statue of David. Can you see his mother and father weeping as they bury their son who died by the devilish deeds of David? Can you hear the cry of Bathsheba, who lost everything because David assumed he could just have whatever he wanted? (and please, if you thought, even for a second, that Bathsheba had a choice or was “lucky” because she got to live in the palace the rest of her life…keep those sickening comments to yourself.)

Imagine how Paltiel and his family would have felt with every visit to the city of Jerusalem, seeing the statue and remembering the horrors David had put them through, the pain he had caused. They don’t see a hero or even a heroic figure: they see oppression.

When indigenous people and others call for the removal of statues like that of Christopher Columbus, it isn’t because they want to erase history. It is because he isn’t worthy of their honor and respect. To them, he isn’t the man who discovered the Americas. He is the one who killed and enslaved them. It is said that once he even paraded the dismembered body parts of indigenous people who rebelled against him through the streets as a lesson to all that he is not to be trifled with.

When people call for the removal of confederate statues, those who fought for the right to own other humans, it isn’t just because they are ‘too sensitive”, want to rewrite or erase history, or the like. It is because these people are not worthy of honor. Besides, nearly every statue honoring the confederacy was erected from 1890 to 1950, during the time of the atrocious Jim Crow laws. These were not set up to remind and educate us about our checkered and hideous past lest we repeat it; they were set up as a means to honor that past, perhaps even desire it.

Can you see why Michal would have a problem with a statue of David?

Can you see why Uriah’s extended family, why Bathsheba, and why countless others wouldn’t be able to view David as others did? Can you sympathize with their plight?

Instead of name calling and accusing, we should sit and listen. Walk a mile in their shoes (perhaps even go an extra mile).

For me, I find it unreasonable to expect those who have been owned, killed, treated like property and oppressed to be okay with statues that honor any of the people who did these things or fought for these actions to be legal. I think it is asking too much.

Just like it would be asking too much of Michal to say, “I know you have been treated cruelly and heartlessly by David, but you should still try and remember the good he did.”