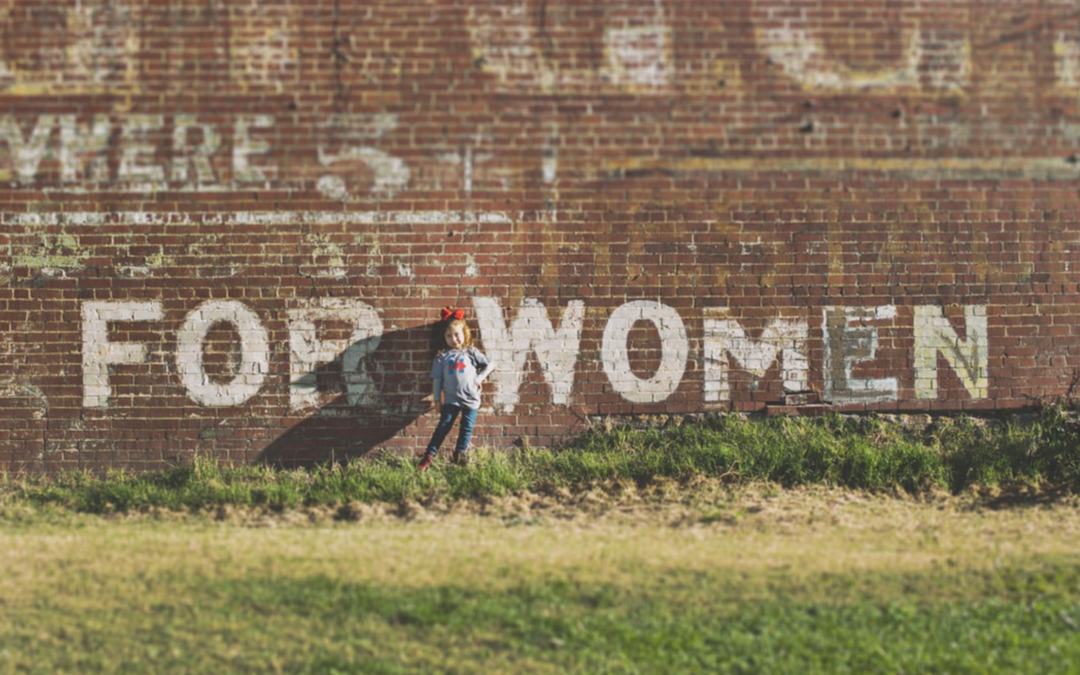 Normally when we do so, we tend to have some passage of Scripture that, for us, ends all discussion. We find some verse that says, or appears to say, exactly what we already believe it says and run with it as though no one (perhaps even someone more knowledgeable) has a different opinion than ours. We don’t think our belief is an opinion! We accept it as “fact”, indisputable and more over, obvious.

If you think this is another one of those types of posts, and you are already a little sick to your stomach, this blog is for YOU!!!

I want to assume for a moment that Paul does, in fact, mean exactly what many think he means when he says that women are to be silent. (for the record, I do not think our understanding of his statements are accurate, but let’s play the game where I am finally wrong about something)

The question I want to ask is, would God ever change His mind about what women can or cannot do if circumstances changed? In other words, if there were ever to be a time in the future, after Paul had said what he said, where the circumstances and situations women find themselves in were different, would God make accommodations where there were previously restrictions? Do we have any stories from our sacred book that might help us to answer this question?

(did I already say that I don’t think we get the restrictions correct?)

Numbers & The Story of 5 “Bothersome” Women

We, my friends, are in luck!

Fortunately for us, the Bible has many stories of times when God changed His mind or made accommodations as circumstances have changed. One only need read the book of Acts to see just how many accommodations were made as the kingdom of heaven opened up to the gentile world through Jesus.

Chances are, unless you are one of the brightest readers of this blog and have read my book “Goodbye to Eliphaz”, you have never heard of this little known story from Numbers. Not that I can blame you. Well, if you haven’t read my book, then I blame you and shame you. But, if you haven’t read the book of Numbers and noticed this story, it is understandable. It is spread out over several chapters with one bit of the story here and another bit over there making it a little hard to notice. Plus, it is in Numbers.

The story starts in chapter 27 of Numbers. The these 5 women, probably young women, have a problem. Their father is dead and they are not married. They fear that the property that should fall to them will not because they have no brothers. The law, as is, would give the land to another family, leaving them with nothing. This seems to be incredibly unfair.

It should be noted that Deuteronomy 21:15-17, the God commands that the inheritance go to the sons. No daughters are mentioned. Just sons.

What does this have to do with women in ministry? Hang in there.

So, these 5 women decide that their circumstance should change/amend the clear law of God regarding what gets passed on when someone has passed on. As it is written, it is unfair and they are pretty sure it needs to be changed?

Will God accommodate their circumstance, or will He (or Moses) quote Deuteronomy at them and tell them to sit down, shut up, and take it like a, well…a woman!

Well, Moses, as Moses often does in Numbers, takes the case before God, explaining exactly what these women want. They want the law of God to be amended as it did not anticipate their situation. Moses returns from the tent of meeting and says these words to the women: “The daughters of Zelophehad are right in what they are saying; you shall indeed let them possess an inheritance among their father’s brothers and pass the inheritance of their father on to them.” Num 27:7, NRSV, emphasis mine

Let’s not understate what just happened here. According to Scripture, God recognized the injustice of His law and made an accommodation to fit a new circumstance. This law wasn’t just changed for them. It was modified for every woman moving forward.

Uh…again, what does this have to do with women in ministry?

While I completely disagree with those who think Paul desires for women to be silent, I also think that they (or you) are not or have not been convinced by the hermeneutical and exegetical methods those of us who push for inclusion use. In other words, what we say Paul actually meant is not what you think Paul actually meant, no matter how hard we try to get our point across. What we do with Scripture us ultimately unconvincing to you.

So, I thought perhaps you should consider the story of the 5 daughters of Zelophehad: Mahlah, Noah, Hoglah, Milcah, and Tirzah (all named after Yahweh). Consider how circumstances have changed and how God accommodates the changing circumstances of our lives and cultures.

I would have loved it if someone had stood up in the story and quoted the Deuteronomy 22 passage to Moses. If someone had cried out, “But the perfect law of God says…” If that happened, we have no record of it. In some ways though, it doesn’t matter if it happened or not. Certainly God was aware of His own law. Otherwise, He would have seen no reason to change it or make an amendment to it.

Maybe, just maybe, we should consider the strange and powerful story of these 5 brave women as we hold up texts like 1 Corinthians 11 & 14 or 1 Timothy 2. Even if read as prohibitions on women (which, for the third time now: I DO NOT), perhaps we have come far enough along as Christians that the reasons for restricting women no longer apply. Maybe an amendment could be made stating that there are a great many people who are easily deceived, not just women. Those who are easily deceived shouldn’t be teachers.

I sense that many who read this still are not convinced. And while my heart breaks for the many women who I think are capable and enabled by God to serve in areas that are currently restricted to them, I hold on to hope that one day we will be as accommodating as God was that day.

For the best and briefest book on this topic, see my book, “The Silencing of God’s Woman”.

To read more about the daughters of Zelophehad, read my latest book, “Goodbye to Eliphaz”.