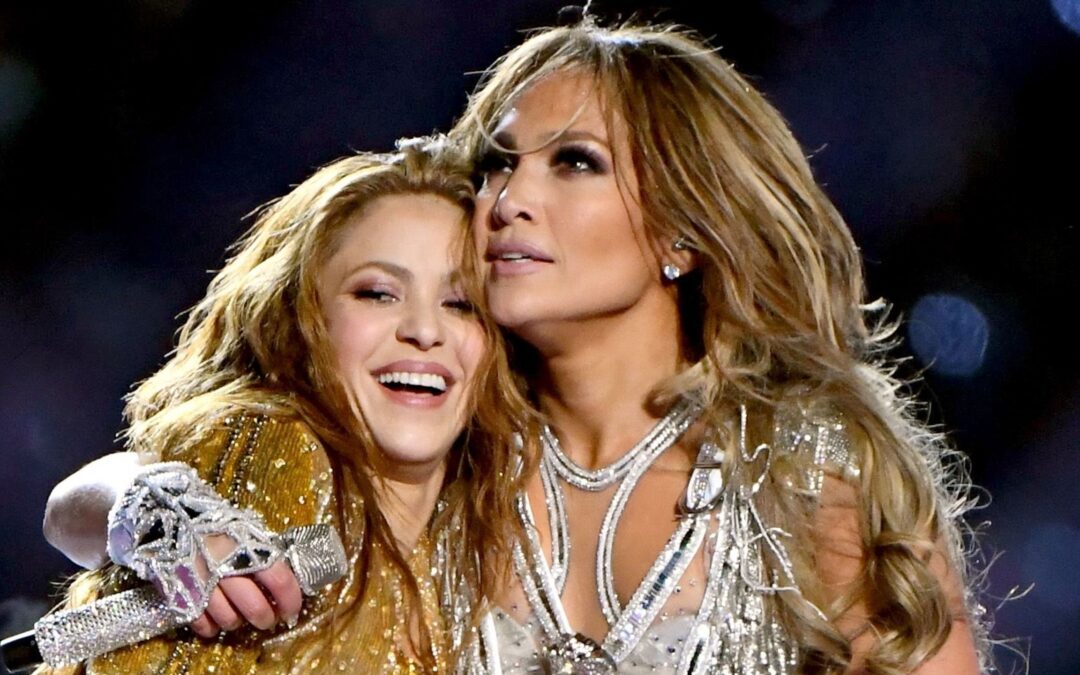 We’ve all heard the outrage over what some have deemed to be a highly inappropriate Super Bowl Halftime Show by Shakira and JLo.

Some see it as the demise of a civilized culture.
Others see it as a massive step backwards for women’s rights in America and a blow to the advancement for women around the world.

Others say, “Uh…what is the big deal? It’s not like Lauren Daigle and Kari Jobe are doing it? Besides, in some cultures, this type of dance and attire isn’t obscene at all!!!”

We all made judgement calls based on what we saw that evening, halfway through the game. And, what a lot of people saw were two women dressed in a way that was immodest and inappropriate. They saw “stripper” poles and movements that would make most of us throw a hip out of place.

I am not here to argue whether or not what you saw was lewd and uncalled for or if what we experienced was simply a glimpse into a culture about which we are unaware, one where what was done was more acceptable and common than what we are used to seeing here.

I think, and hear me out, that perhaps what we need to do is consider an enigmatic story that is very oddly placed in the book of Genesis. It is a story that, if removed, doesn’t seem to make any difference whatsoever to the other stories that surround it.

The story looks like a one-off.
It looks totally out of place.
And the account is so weird that is looks like it was put in our Bibles by mistake.

But I am convinced that it is a massively powerful story and that it needs to be in Scripture (just in case you were going to petition for its removal).

The Story of Tamar

The story is found in Genesis 38 and goes a little something like this:

Judah, son of Jacob, had started a kind, generous and loving family. Judah found a wife, Tamar, for his son, Er. But Er was a wicked, wicked man and God killed him.

So, Judah tells his next son, Onan, to sleep with his dead brother’s wife in hopes of impregnating Tamar. Onan, that sly dog, knows that the child will not be considered his son, so he, uh…used an ancient form of birth control, thus solidifying that he won’t be getting Tamar pregnant.

But, God saw this wickedness and killed Onan too.
(wait…it gets better)

Not to worry. Judah has been a busy man and has another son, Shelah, but he is still too young to help out with the situation. And we have another problem. Judah probably thinks that this woman, Tamar, is either a murderer. Or he believes that she is cursed because his sons keep dying. So, he never actually hands Shelah over to her when he is old enough to get the job done.

Tamar, being a woman living in a time when women’s rights were whatever the men told them their rights were, devises a plan.

Now pay attention to what she does, her halftime show.

She dresses herself in a highly inappropriate way, as a prostitute, and hangs out where she knows Judah will be passing by. She somehow knows Judah will see her, want her, take her, and do with her what his sons were unwilling to do: impregnate her. Her plan works perfectly, all disguised in the apparel of a prostitute.

In the end, Judah figures out he has been tricked and has some choice words for her and her kind. He declares that Tamar is more righteous than he is.

Yes. You heard right. The one who dressed up as a prostitute and sold her body for sex to her father-in-law…she is the righteous one in the bible story!

And, why is she more righteous?

Why is she the hero of the story?
Because she used her body to fight against injustice and oppression. You see, without children, she had nothing. She had no one. Her future was bleak at best. And, what’s worse is the fact that everyone who had the power to rectify her situation refused to do so.

They wouldn’t do what was right.
Those in power told her to live her life as a widow with the promise that salvation would come, but then they wouldn’t keep their word. They were content to live unrighteous lives at the expense of the least of these.

But Tamar wouldn’t stand for it, and she used whatever tools she had to get the job done.

You see, our problem is that in real life, when we see a “Tamar”, all we see is the clothing she used to get the attention needed to expose the injustice that is being done. We can’t seem to look beyond the “veil” (vs 13) and see that bigger issue at hand: the suffering that lies underneath the veil.

You see, Tamar wasn’t actually a prostitute. She only pretended to be one to expose and address an injustice in her life. I imagine she wasn’t alone in her struggle. She had probably seen many women be mistreated and abused. She had probably heard about how others were told, “Don’t worry. Just hang loose for now. We will take care of you in a minute.”, only to sit idly by while those with power live their lives as though nothing is wrong…as though all is right in the world.

Sometimes you have to put a veil on.

You probably see where I am going with this. And, you are most likely thinking, “Sure Rob. I see your point. You are a genius…except, couldn’t Tamar have sought out justice another way? Couldn’t she have devised a plan where she didn’t have to be a prostitute?”

To you I say: yes. It is possible. She might have been able to come up with an idea where she needn’t pretend to be a prostitute. I suppose you are correct.

But she didn’t! That isn’t what she did and she is still the hero of the story.

Look. I get it. You may sit back and say that Shakira and JLo didn’t have to dress and dance they way they dressed and danced to draw attention to the injustices happening to the Hispanic people at the border. (you may even think that there isn’t a justice issue at the border. different blog. just humor me and assume there is one.)

Perhaps you are right.
But they didn’t come up with another plan!

You might even think that these two celebrities have little in common with Tamar since she was the victim with very little power to seek justice while they are rich, famous and not the victims at all!!! That may be true, but it is also irrelevant. They stood up against the injustice others experience. They put on a veil and shined a light on the cages of our human existence.

My plea to all of us is that we learn to look beyond the veil. Like it or not and agree with it or not, they used a veil to draw attention to the plight of our fellow humans at the border and the conditions that drove them there to begin with. They used their veil to expose an injustice. Don’t let the veil stop you from seeing the larger point.

Maybe, just maybe, what they did will shake us from our stupor and awakened us to see the greater injustice that is being done. And, maybe we, like Judah, should stand up and say, “They are right, and we were wrong.”

For a link to the exposed injustices that the show brought to light, please click here.