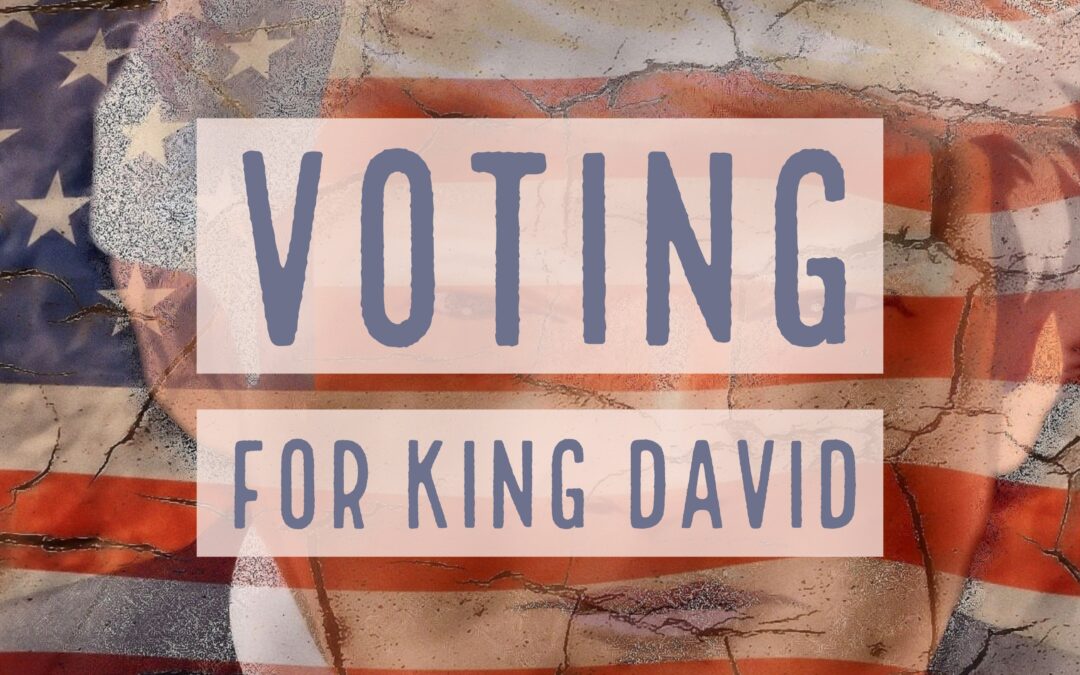 There has been a lot of talk lately comparing president Trump to king David. The idea goes something like this: “king David, though imperfect and deeply flawed, was chosen and used by God for His purposes. Trump, likewise, is also deeply flawed, but this does not mean God isn’t using him to fulfill His purposes in this nation and around the world.”

I find this line of reasoning, equally, deeply flawed. Not because I think that neither of these men are/were flawed. They both certainly are/were.

I am tempted to say they are flawed, “like the rest of us”, but honestly, I don’t really think that is true. I, for one, am convinced that David was worse than me. I am not saying that I am sinless. Far from it. However, he simply did some atrocious things…God-awful things! And, I am not just looking at the low-hanging fruit of Uriah and Bathsheba when I say this (though this is the primary story for this post). That was bad enough, but he was flawed in so many ways that it is hard to create a list in this blog. If you would like a list, check out Wil Gafney’s illuminating book, “Womanist Midrash”. It is FASCINATING!!! CLICK HERE

At any rate, David did some really bad things that most of us would never dream of doing. And his wicked ways didn’t end with the Bathsheba incident, as if he had repented and never hurt anyone ever again. No, he continued to do wrong until his death.

The question I want to pose is this:
Given what we know of David, if he were running for president of the United States, would you vote for him? Why or why not?

Let’s say his name was Larry Kendrickson, not King David. And, let’s say that it was a well-known fact that he raped (yes, I think he raped Bathsheba…like she had a choice) the wife of his campaign manager which ends with her getting pregnant. He then convinces his manager to come home (maybe he will think the baby is his?), but his manager is so dedicated that, when he comes home, he refuses, even while drunk, to stay at his house, stating that all those under him are working tirelessly on the campaign and that it just didn’t feel right.

So, Candidate Kendrickson calls in a favor from a guy he met once to cut the brakelines on the manager’s car, “make it look like an accident”, he said. “Make sure he is leading the way to our next event and take the route with the most curves and cliffs…I’m going to pretend to be ill that day and stay home.” The “favor-guy” does what is asked of him and the manager meets an untimely death.

REMEMBER…YOU KNOW ALL OF THIS BEFORE YOU VOTE

Just so you don’t think I am conveniently leaving out anything, I want you to also assume that Larry’s advisor suspects Larry had something to do with the “accident”, though it was never proven. His advisor tricks him into telling the truth, and Larry feels awful upon his confession. He repents and asks God to forgive him, which of course, God does.

So, would you vote for Larry? Would he get your unwavering support, given that you know all of these details before going to the ballot box? I doubt it, but perhaps this isn’t the best question to be asking.

To say that God can use Trump as he used David is a no-brainer. Of course God can!!! God is God and He can do whatever He wants, whenever He wants with whomever He wants. This comes with the gig of being God, as far as I can tell.

But saying that God used David isn’t the same thing as saying that we should vote for David…or Larry.

It seems to me that part of the church’s task is to be the prophet! We aren’t called to show our unwavering and, often, partisan support, for our leaders (regardless of what letter they have in front of their name). And I say partisan because those who believe God chose Trump were eerily silent when Obama was president. But certainly God chose Obama as well.

So, maybe we should stop talking about who we vote for. If you feel compelled to vote for Trump, then so be it. I, for one, can’t bring myself to cast my vote for Larry, but perhaps Larry will run against someone even worse than himself, in which case…who knows?!

I am convinced the church should act more like Nathan.