Barbarians in the Pew 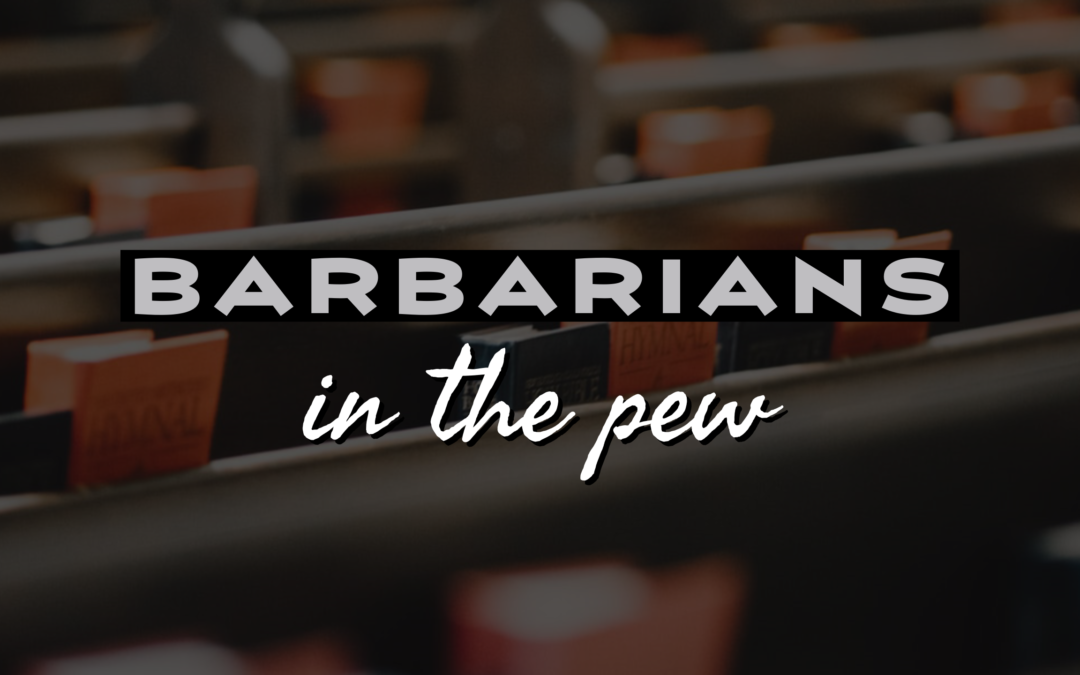 I love the Bible. It is wonderfully weird book whose pages are filled with stories that often defy logic and experience.

On the other hand, many of the stories that seem almost legendary ring truer than one might first suspect upon reading. Below is one such story.

The Barbarians of Malta

In Acts chapter 28, we come upon one of the final stories found in this account of the early church. Paul and his companions have been on a long journey to Rome, by boat, and the going is quite rough. Like Jonah, the seas are tossing their ship about. Eventually their ship is wrecked and they find themselves on the island of Malta. This wasn’t part of the plan, but it is where they ended up regardless.

The locals of this island are referred to as “barbarians” by Luke, the author of Acts. These barbarians, much to our surprise (or at least mine), are extremely friendly and exhibit extraordinary kindness to Paul and the others. As Paul is helping to build a fire, a viper strikes Paul and is latched to his hand.

Those silly barbarians, upon seeing this, do what any run-of-the-mill barbarian would do: assume that the gods were punishing Paul for the crime of murder. They said that Paul may have escaped the sea (ie. the shipwreck didn’t get him) but the goddess Justice did what the sea failed to do: give him a lethal injection of snake venom.

Paul shakes the snake off his hand at it falls into the fire. The barbarians, however, are pretty sure that when Justice strikes, she doesn’t miss. They wait idly by and anticipate that Paul will swell up, keel over, and die. But Paul never does. Instead, he just keeps on keeping on like nothing ever happened.

So what do those silly barbarians do? They quickly changed their minds about Paul. He goes from murderer to god!!!

“Why?”, I hear you ask.
Because that is what silly barbarians do. They ACTUALLY BELIEVE they can interpret all of life’s many events and see the activity of the gods behind it.

Paul escapes a shipwreck (possibly an attempt by the god of the sea) and proves himself innocent.
Paul gets bit by a deadly viper, proving he is not innocent at all, but that he is guilty and being punished by Justice herself.
Paul survives the snake bite…proving, well, er…proving he is not only innocent, but most likely a god of some sort, perhaps a god more powerful that Justice.

Barbarians in the Pew

Of course, we modern Christians would never think this way. No, no. We are far too sophisticated and educated to let some barbaric understanding of God influence how we see the world.

Except we are not much different. In many ways, we are a collection of barbarians sitting in pews (or chairs, for you edgy, contemporary folk), thinking that the experiences of this life are to serve as guides to what God is up to. And this barbaric belief (have I used this word enough yet?) leads us to say the most hurtful and ignorant of things. Often, it may even lead us to treat others worse than these pagan islanders would ever have dreamed of treating another human being…all in the name of “I know what happened to you and WHY!”

In my book that you definitely need to read, Goodbye to Eliphaz, I cover a multitude of biblical stories where people acted like barbarians. Moses and his handling of the Nadab and Abihu incident. Uzzah and the Ark of the Covenant. The Moabites and the Victory of Chemosh. These are all times that, in my opinion, people completely misunderstood what was really going on. Like the islanders of Acts 28, they thought they knew, they thought they could perceive the activity of the divine by interpreting the events of life, but they were wrong.

They were as wrong about Paul as Eliphaz and friends were about Job.

My advice: don’t be an Eliphaz or a silly barbarian of a Christian (though, if you must pick one, please be a barbarian. At least they were nice).