What Is The Word of God? 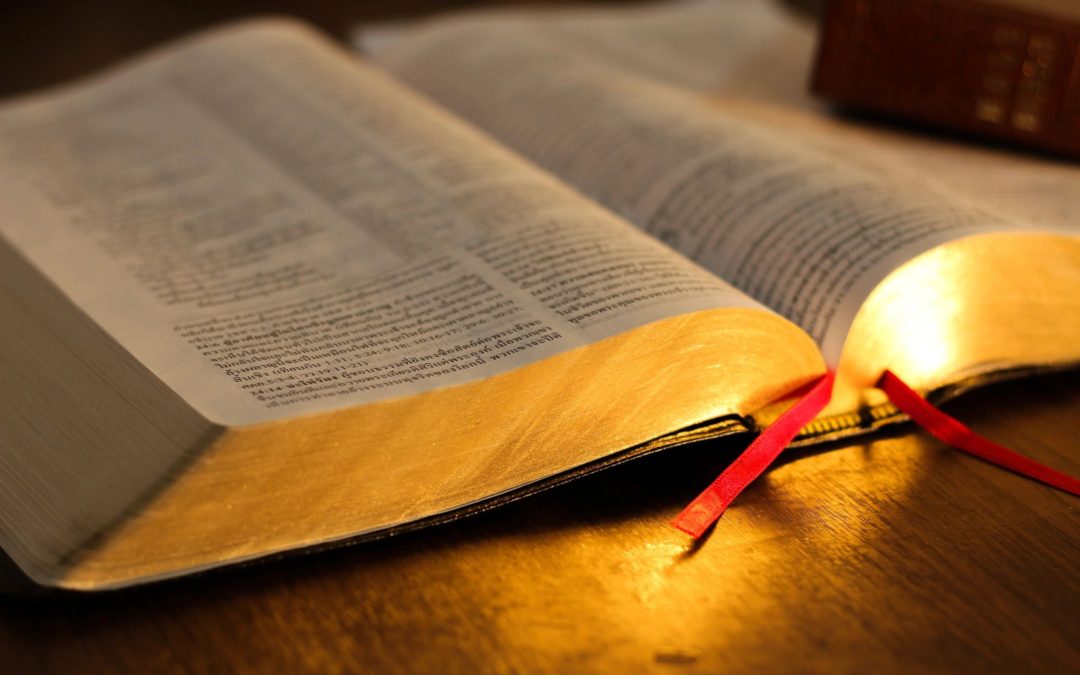 The Word of God

I am constantly studying Scripture. I’m fascinated by its stories and continually intrigued by the things I see there. But, as I shared in my last post, I am fearful that for a great many (perhaps even myself at times) have replaced our relationship with God with a knowledge of the Bible.  Have we really replaced God with the word of God?

My study of Scripture often leads me down various rabbit holes.  Those who know me know that I thoroughly enjoy a good rabbit hole, especially when it ends up leading me to new theological places that I hadn’t previously imagined.  This is one such rabbit hole, albeit one that others have explored long before my arrival.

What is The Word?

The word of God, at one time, was not considered to be a book of words from heaven, written down on stone, clay or papyrus.  The  was something that came to man from the realm of the divine, guiding their thoughts and actions.  It wasn’t something a person could simply open in a library or local worship center whenever one wanted to hear from God.  The word of God was longed for by some and came by surprise to others.  Whether it thundered from the smoke-filled mountain peaks or spoke from the lips of a donkey, one didn’t know.  The word would come as God wanted it to come.

God, by the power of His word, spoke the world into being.
God spoke to Cain, warning him not to succumb to the evil that was laying in wait.
Abram heard God’s call.  Abram didn’t read the words.  Abram heard the words of God and followed the voice.
Moses didn’t meet a burning book in the desert, but a burning bush that issued forth the heavenly call..
The word would come to a prophet, not from a book already written, but from God.  Even when Isaiah was given a scroll, he wasn’t commanded to read it.  He was told to eat it.  The word was to somehow be internalized and made part of the prophet.

No, the word of God for many people over many years wasn’t something to be read, but a voice to be heeded.  A Being called from beyond the edges of physical reality, beckoning His created images back to their beginnings, back to their purpose.

Debating the Word vs The Written Word of God

The written word, while needed, had (and has) its limits. Moses was commanded to write down the commands of God, but those commands did not constitute the entirety of His word.  The word of God is bigger than the written word.

In fact, there is some debate within Scripture about whether or not the written word has had a contrary affect on people who read the words or hear it read. Perhaps, since it is written and contained on a page, it can lead them to believe they have the word of God completely under control, when in reality all they have are words on a page.

Jeremiah and the Lying Pen of the Scribes

Jeremiah 7 begins with the word of God (Yahweh) coming to Jeremiah. God proclaims His word to the prophet and that word is specific to those people at that time.  We get to chapter 8, verse 8 and Jeremiah actually says that the written word of God they have is from the “lying pen of the scribes” who have made God’s word into a lie. This is an odd passage.  How could the word of God become a lie, simply because it has been written down?

The written word became a lie, not just because it was written, but rather because people tend to believe that since it is written, we only need by recite the verse and God will act.  When we think and live like this, we are attempting to limit God to words written on a page.

But, as Jeremiah 31 talks about, it isn’t enough to have a written word.  The word can’t just remain on tablets of stone, hidden inside an ark.  The word of God must be written on human hearts.  No other canvas will do.

The Word of God in the Gospel of John

John makes no mistake when pondering and marveling over the word of God.  He tells us that Jesus is the embodiment of God’s word. If you want to hear the word of God, then hear the Word, His son, Jesus.

In John 3:34, John the Baptist states these simple words:
“For he whom God has sent utters the words of God, for he gives the Spirit without measure.” (ESV)

If you want to hear the word of God, we must hear the one God sent. Later in John, Jesus says that he is the good shepherd and that his sheep will hear his voice. The storyteller John is very aware of what he is doing.  He knows and is leading us to come to grips with the fact that God doesn’t live in a book nor are all His words contained therein.  We listen to Jesus if we are to hear the word of God.

John 5:39-40 shows Jesus saying these words to the spiritual leaders of his day:
“You search the Scriptures because you think that in them you have eternal life; and it is they that bear witness about me, yet you refuse to come to me that you may have life.” (ESV)

The word of God, the true word, is flesh and blood, living and active. The Scriptures, the written word of God, isn’t able to give the life God wishes for us to have.  The Scriptures, God-breathed and inspired, were designed by God to point us to the one that could give us life. The one John names as the Word of God.

Then Why is John “Writing” This Down?

If it seems as though John writing his gospel is counter-productive, consider this.  If you think it hypocritical for John to think of the written word as limited in power all while writing his work, entertain this thought:
John also limits the power and purpose of his own writing.
John 20:30-31
“Now Jesus did many other signs in the presence of the disciples, which are not written in this book;  but these are written so that you may believe that Jesus is the Christ, the Son of God, and that by believing you may have life in his name.” (ESV)
John 21:25
“Now there are also many other things that Jesus did.  Were every one of them to be written, I suppose that the world itself could not contain the books that would be written.” (ESV)

The Written Word Points to the Word Made Flesh

The word of God, the Scriptures, are meant to point us to the source of life.
The Word of God, Jesus, cannot be contained in a book.  He cannot be contained in a thousand books.  The Word of God is bigger than the pen can tell. The hand of the scribe can only take you so far.  It leads you to the place where Jesus is.  And there you stand in that place where the Spirit of God blows where it wishes, uncontainable, like a mystery that can only be experienced.  As you stand in the presence of the Word that can neither be manipulated nor controlled, the holy scribal hand of God writes His law upon your heart…the only canvas that matters.