The Flood That Didn’t Work 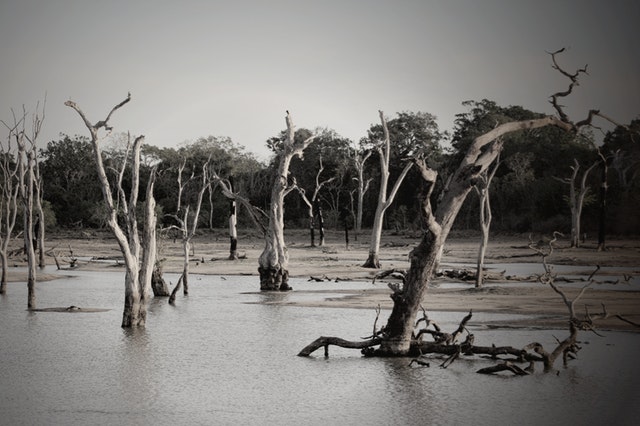 Okay.  So I will start by saying that my view on the flood of Noah isn’t one that I have ever really noticed or seen talked about in many places. By many, I mean anywhere (not that I have looked everywhere).

Normally, this would (and should, perhaps) give one pause about accepting this view.  In fact, I would use and recommend caution to anyone who seems to have “new” or “fresh” understandings about things long studied.  I mean, if no one has ever seen this before, then perhaps your view is simply wrong.

I get it.
I understand the logic.
I use the logic.

But the logic isn’t bulletproof.  Sometimes fresh understandings are simply correct understandings.  They are only “new” because the bias and partial blindness of past comprehensions has made new insights nearly impossible.  We see this in nearly every area of life.

Business models that are so outside the box, no one thinks they will work.
They sell for millions or even over a billion.  (Ring and the Shark Tank)

Scientific breakthroughs based on alternate views of how the universe works (Theory of Relativity) that allow for GPS signals to account for variations in the gravitational pull, thus allowing your location on the earth to be precisely tracked. No relativity, no GPS.  Amazing.

And, even sometimes the Bible works like this.  Certain passages of scripture are understood in a certain way and those understandings blind us to other possible ways of reading.  Often times, the understanding of a passage may actually be TRUE, but perhaps isn’t the ONLY TRUTH to be seen.

(to see my book on women in the church, just click here) 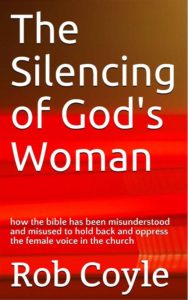 You may have guessed it (because you are really smart…would you be reading my blog otherwise?), but I firmly believe that the story of the flood is one such passage.

I have proceeded with caution, knowing that my understanding is somewhat outside of the norm.
I have also, somewhat secretly but also in conversation with my faith family, been reading this story and asking myself,  “Did the flood work? Is it fair to call this event, ‘The Flood that Didn’t Work?'”

Now, you might want to jump up and immediately slap me in the face like Santa Claus did to Arius, but I would ask that you hear me out. Humor me.

According to the Biblical account, Noah was expected to achieve something very specific.  Noah’s name is (or sounds incredibly similar to) a Hebrew word for “rest”.  And, hidden in plain sight, in our Bibles (yes, yours too) there is a claim made about what Noah was intended to achieve.  You may have never noticed it since it is in a genealogy, but it is definitely there.  Here is the claim made:

Genesis 5:28-29 (ESV)
When Lamech had lived 182 years, he fathered a son and called his name Noah, saying, “Out of the ground that the Lord has cursed, this one shall bring us relief from our work and from the painful toil of our hands.”

So, Noah was given his name in anticipation of the fact that he would give humanity rest from the curse.
What curse?

Well, again, you probably guessed it.  The curse that God pronounced on the land when Adam sinned.

Genesis 3:17-19 (ESV)
And to Adam he said,
“Because you have listened to the voice of your wife
and have eaten of the tree
of which I commanded you,
‘You shall not eat of it,’
cursed is the ground because of you;
in pain you shall eat of it all the days of your life;
18 thorns and thistles it shall bring forth for you;
and you shall eat the plants of the field.
19 By the sweat of your face
you shall eat bread,
till you return to the ground,
for out of it you were taken;
for you are dust,
and to dust you shall return.”

The curse ain’t pretty.  It is a curse, after all.  Since the time of Adam, man has been cursed with the difficult task of finding, growing and eating food.  It is as if the land had opposed them…because it had!

Thorns and thistles, sweat (hard work) all the days of your life.
Then, you die.
You return to the ground because the ground is cursed and you came from the ground.

So, again I ask, did the flood work?  Did Noah accomplish his task?  Did he fulfill the statement given by his father at his birth?  Did he break the curse of Adam (notice Adam is not actually cursed, only the ground is), the curse of the ground?

Now we are in a bit of a trap and you might be scratching your head, trying to find a way out. If we say, “No, Noah didn’t break the curse.”, then we are seemingly saying that Genesis 5 is wrong.  We may even try to defend the point by saying, “That is what his FATHER said, not GOD!”  That almost works, except for the fact that we do not say the same in other parts of Genesis when a father pronounces a blessing (or curse) on his children. Also, even assuming that Moses wrote this story down, the story was written several hundred years after the event.  If it didn’t work, surely this detail might have been omitted (I know I am speculating here, but at least I am aware of the fact that this is what I am doing).  At any rate, it’s an enigma for sure.

You might even say, “Noah fixed the curse of the ground growing thistles and thorns, but not death, since the dad never says anything about death.” This is true, except you have probably noticed we still have thorns and thistles, even today. In fact, the crown placed upon Jesus’s head was comprised of the very curse of the ground.  So, no.  Noah didn’t fix the thorn issue.

BUT, if we say, “Yes, Noah did break the curse.”, then we are also in trouble.  Remember, the curse of the ground wasn’t just thorns and thistles.  It was human death: the return to the ground. As we know, Noah didn’t solve the issue of human death.  The ground has swallowed up a lot of people since Noah, only one has returned.

Besides this, Paul tells us in Romans 5 that Jesus came to earth to reverse the curse of Adam.  If Noah had done this already, then Jesus had no need to come.  A bit pointless I would say.

Theological issues aside, a simple look around will suffice to say that Noah didn’t fix the problem of human suffering, death and hunger at the hands of an earth that won’t produce.  Our everyday experience tells us that this simply isn’t the case.

So, what is my unorthodox understanding of the story of the flood (assuming my thoughts are, indeed, unorthodox)?

I would like to suggest this option (as strange as it may seem): what if the flood story is intended, in part, to be a story about what doesn’t work?

I say “in part” because, as I stated earlier, stories are multidimensional and carry with them more than one intended understanding.  2 Peter 3 certainly tells us that the flood story carries with it the concept and belief that God will one day judge the world, just as He did in the days of Noah. No doubt this is true, despite what some may say. He will judge and purify the earth. In fact, our baptism is done anticipating this event.

(Weird…I have a book on this topic too.  Okay, okay. Here is the link.) 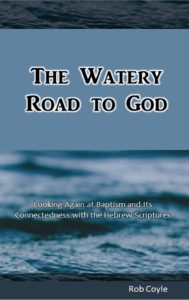 But, this passage of Scripture from Peter doesn’t mean that my suggested understanding is wrong.  In fact, the very fact that God’s judgement will be different (not water, but fire) might actually substantiate my claim. If water worked, then why change it to fire?  Why the promise of “no more floods”, with rainbows in the sky to remind us, if floods work?

There is still one more detail I want to look at, and I can only hope you are still reading.

Not only did the flood of Noah not solve the curse of the ground. It didn’t solve the even worse problem of the wicked, sinful human heart.

Genesis 8:21 (ESV, emphasis & notes in parenthesis mine)
…the Lord said in his heart, “I will never again curse (dishonor) the ground (the flood dishonored the ground) because of man, for the intention of man’s heart is evil from his youth. Neither will I ever again strike down every living creature as I have done.

The flood story ends where it began. Human hearts are evil, prone to violence and sin. In chapter 9, God calls Noah and his family to take up the great-creational-commission to be fruitful and multiply, but just a few verses later Ham is dishonoring his drunk father as he lies naked. A few chapters later God disrupts human language at the tower of Babel. The rest of the Old Testament tells us the story of how wicked the human heart really is.

And, if God were to remove every human from the face of the earth except for your family, it would only be a matter of time before the world would be plunged into utter darkness at the hands of the evil human heart.

Not a great ending to a story that was supposed to fix everything.

In Christ, we see the signs that the curse is being lifted. His resurrection is the sign, the early harvest, that a greater harvest is on the way. The curse of the ground was broken in him and one day will be broken in us.

Because only Jesus can break the curse.
No flood can change it.

{since writing this blog, and sharing it with friends who are smarter than me (as I have debated whether or not to share this on social media), it has been pointed out that I am not the first (didn’t think I was) to notice this peculiarity about the story of the flood of Noah. The claim of his father and the effectiveness of the flood has long been debated. What about it didn’t work?  What about it did work?  What does “work” even mean? I hope my thoughts open a door to kind and loving conversation on a highly controversial biblical story.}